How satisfied with your life are you? 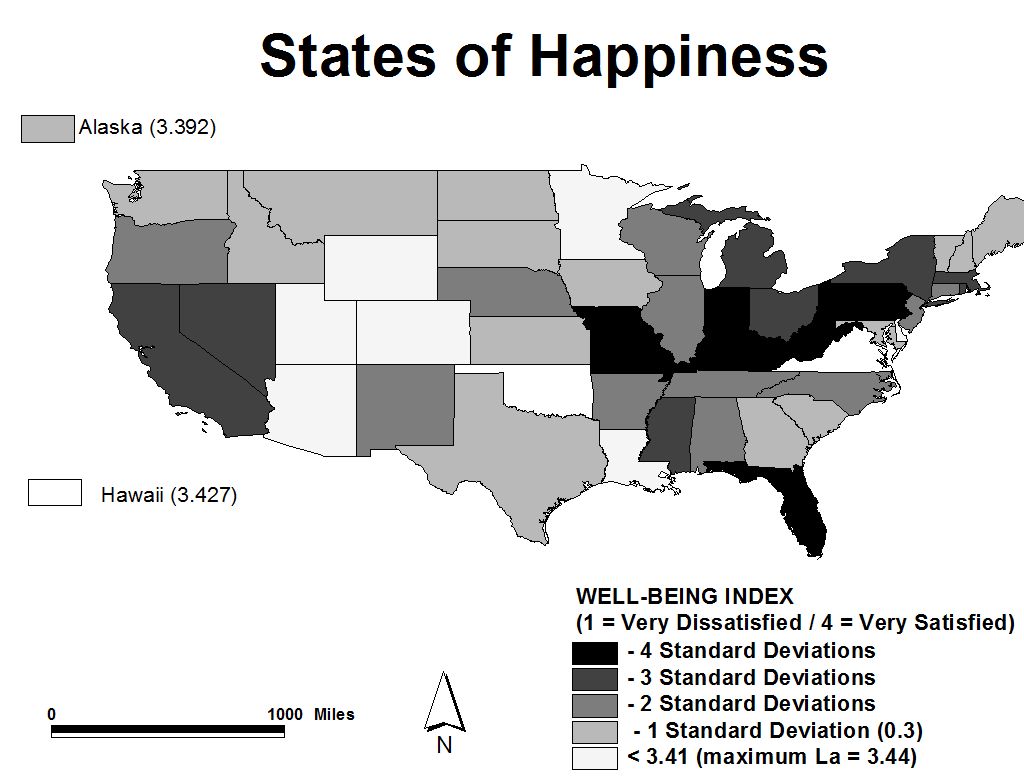 Posted in References | Comments Off

Set in the context of recent scientific and political research (e.g Stiglitz Commission) trying to evaluate the relationships between people’s subjective well-being and objective variables such as income, this article by Andrew Oslwald and Stephen Wu explores the geographies of well-being across the United States.

Research Question: How are these geographies correlated with the objective economic, social and environmental indicators available at the state level, and in particular GDP per capita?

Data Source: Behavioral Risk Factor Surveillance System (BRFSS) was launched by the Center for Disease Control in 1984 and started collected information on individual life satisfaction in 2005.

Data collection is conduced every month through a phone survey of 30,000 people across the United States. Oswald & Wu used data ranging from 2005 to 2008 corresponding to a cross-section of more than 1,3 million U.S citizens.

[76] Thinking about your mental health, which includes stress, depression, and problems with emotions, for how many days during the past 30 days was you mental health not good?

- The state people live in is as significant a factor of their personal happiness that the fact that they are divorced or unemployed.

- No correlation were founds between levels of personal happiness and a given state GDP per capita.

-Even after adjusting for individual backgrounds and characteristics (to avoid  results merely describing who lives in a given state), their remains some significant unexplained differences state by state in Americans’ well-being….

- most particularly “the unusually happy state of Louisiana.” (p.16)